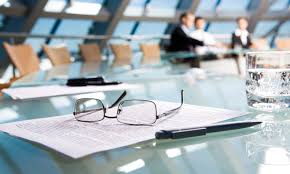 A big part of my job as a consultant is discerning the big picture in things. Working with boards, two big picture factors play an outsize role in diminished governance outcomes. The first is confirmation bias. Confirmation bias is, you will remember, the tendency to seek out, favor and recall information that confirms existing beliefs. As such, it is a prime component of erratic inductive reasoning.

The second is what I call normative bias. That is a bias to favor the assumption that current and future events will tend to preserve and confirm the status quo. That tomorrow will look like today. That students in the next decade will face the same challenges as students in this decade.

That is, if you can’t see change, it most likely isn’t happening. Or, that the world leans toward stasis rather than change. And this factor is particularly applicable as a component of considering some localized issue at hand where the big picture is easily obscured by the demands of the moment. Think of it as the error of assuming past stock market winners will be future winners. Think of it as viewing any given infrastructure as immutable and not prone to degradation or obsolescence.

Together, these two biases lead good boards astray. They lead board to ignore threats and opportunities in the interest of preserving the status quo. On the face of it there might seem to be nothing wrong with such conservatism of governance. I do not discredit the term “conservatism” here in the least. The role of a governing board is to govern an organization in trust for the greater community in the service of a relatively immutable mission. That is as it should be. Reckless—and feckless—board governance is anathema to the continuity of a needed service.

But confirmation bias, especially collective confirmation bias, or groupthink, is endemic to board culture and decision-making. It begins with overbroad notions of collegiality, of knowing “one’s place,” of not rocking the boat; there are so many ways American idioms express the concept—precisely because it is so commonplace.

Confirmation bias tells us that since we serve an organization that does good work, the evidence tells us that we’re doing good work. Statistics are quoted, testimonials are heard, anecdotal evidence is convincing…or…the statics are not germane, the testimonials are pure emotionalism, and the evidence not actually evidence. What we are hearing in such a scenario is confirmation bias at work.

Confirmation bias gets in the way of realizing that we are underserving entire sectors of the community, that we are training for the wrong jobs, that we are not tracking our former enrollees (all too often inaccurate to call them graduates) for outcomes; all of these circumstances are serious business, but in the face of challenging notions, studies show convincingly that confirmation bias is invincible unless countered.

And what of normative bias? Normative bias says that change that happens slowly isn’t happening. Global climate change might be the poster child for this one. But it happens at every intersection of personal and collective experience. Baby boomers are not aging. Suburbs are not growing more diverse. College tuitions are not becoming unaffordable. White collar jobs are not disappearing.

In the rear view mirror, it all seems so obvious. Half of all Americans worked in agriculture in 1890. Forty percent of Americans worked in high quality manufacturing jobs in 1950. So we see titanic forces are obscured in the slowness of their conquest. It happens all around us every day, in nearly every neighborhood, but all to often we don’t know what we’ve got—or don’t have—‘til it’s gone.

When you pair confirmation and normative biases, the errors of inductive reasoning can be compounded to an astonishing degree. We develop an entire sector, let’s say the community college sector, that tells itself and the world that it is the go-to choice for job retraining and access to education for the underserved.

Yet we see that millions of jobs go unfilled every year in regions where un- or underemployed workers are legion and the community college sector has a strong presence.

The educational-industrial complex, to put an ironic twist on it, has not done a good job of providing meaningful retraining for the good jobs that actually exist. Why? Because we so busy doing a good job that we didn’t have room, time, or resources to do the job that needed to be done?

Boards need to ask themselves one question: do we do what we say we do? And they need to demand answers that are backed up by rigorous empirical methods that are as free of cognitive bias as possible.

Do we do what we say we do? That is the question. Let’s start there.

Steve Tweets a fundraising tip a week every Monday at @frstrategies